Do you remember the online event recruiting ambassadors
for Korea tourism held by the Visit Korea Committee
to mark the G-100 ofthe PyeongChang 2018 Winter Olympic Games?
After beating off stiff competition at 500 to 1,
the four ambassadors finally made it to Korea.

For five days from January 23 (Tue) to January 27 (Sat),
the four ambassadors actively promoted Korea tourism
in Seoul and Gangwon Province.
Their five-day trip revealed the charm of Korea,
which offers a ton of things to see and enjoy. 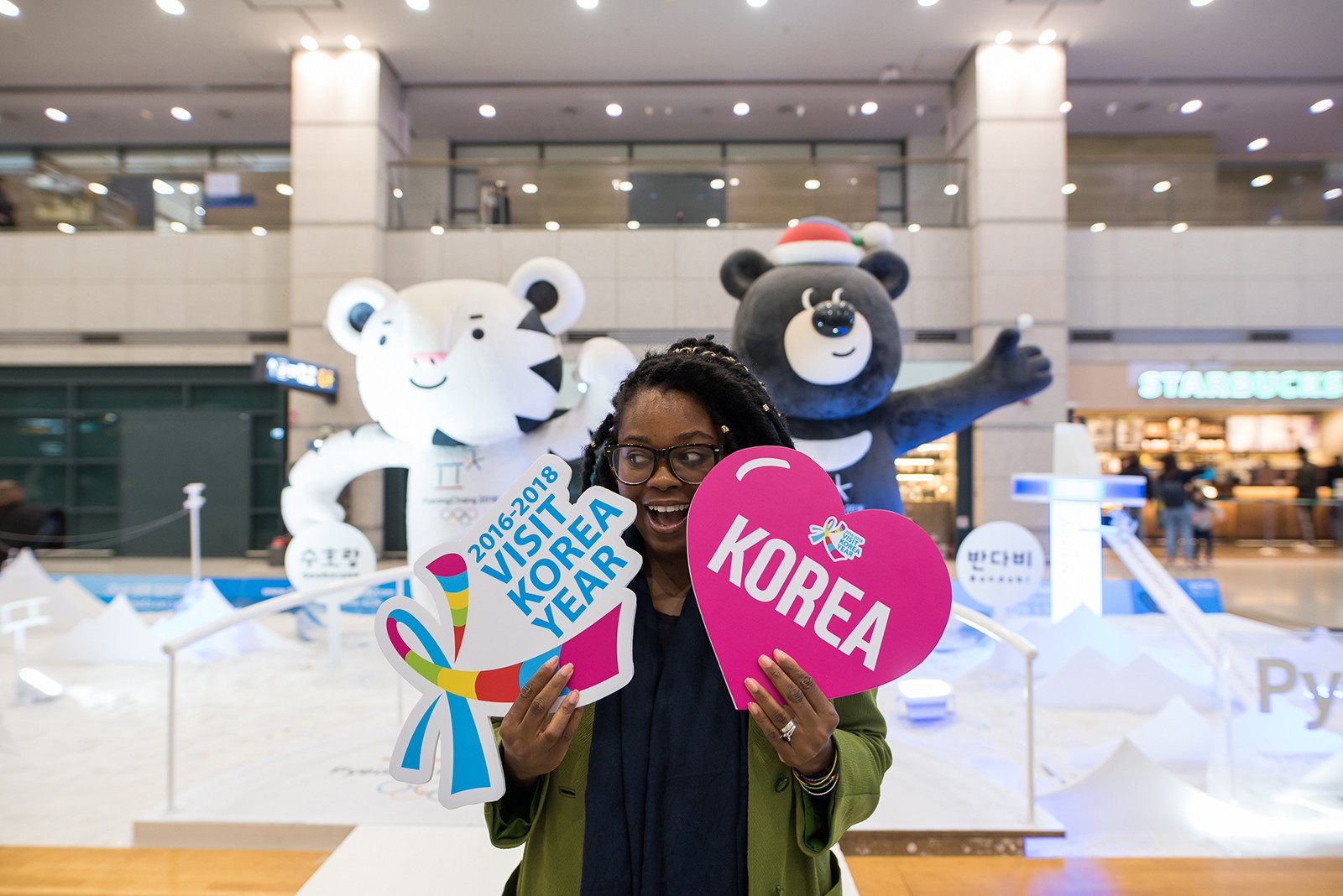 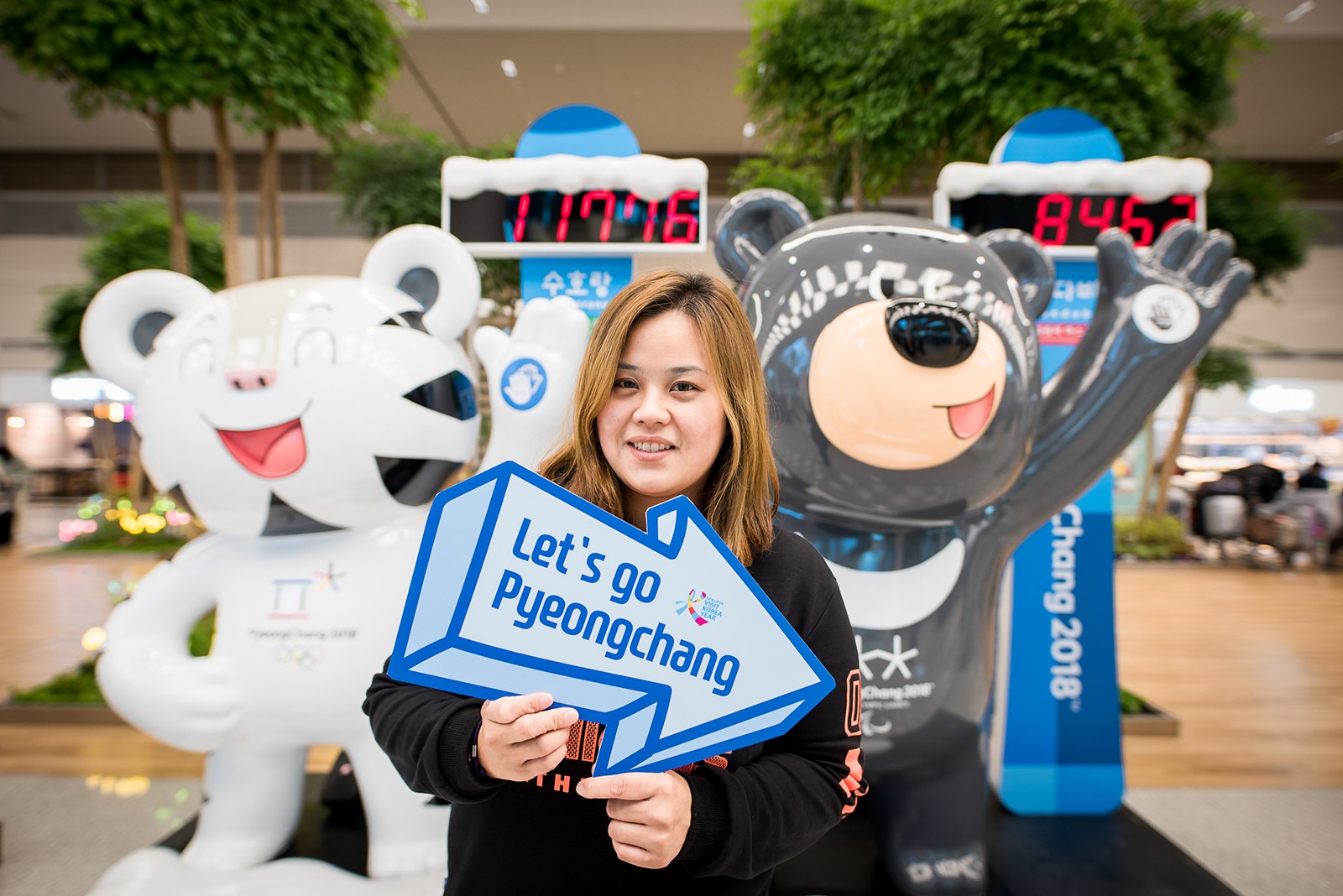 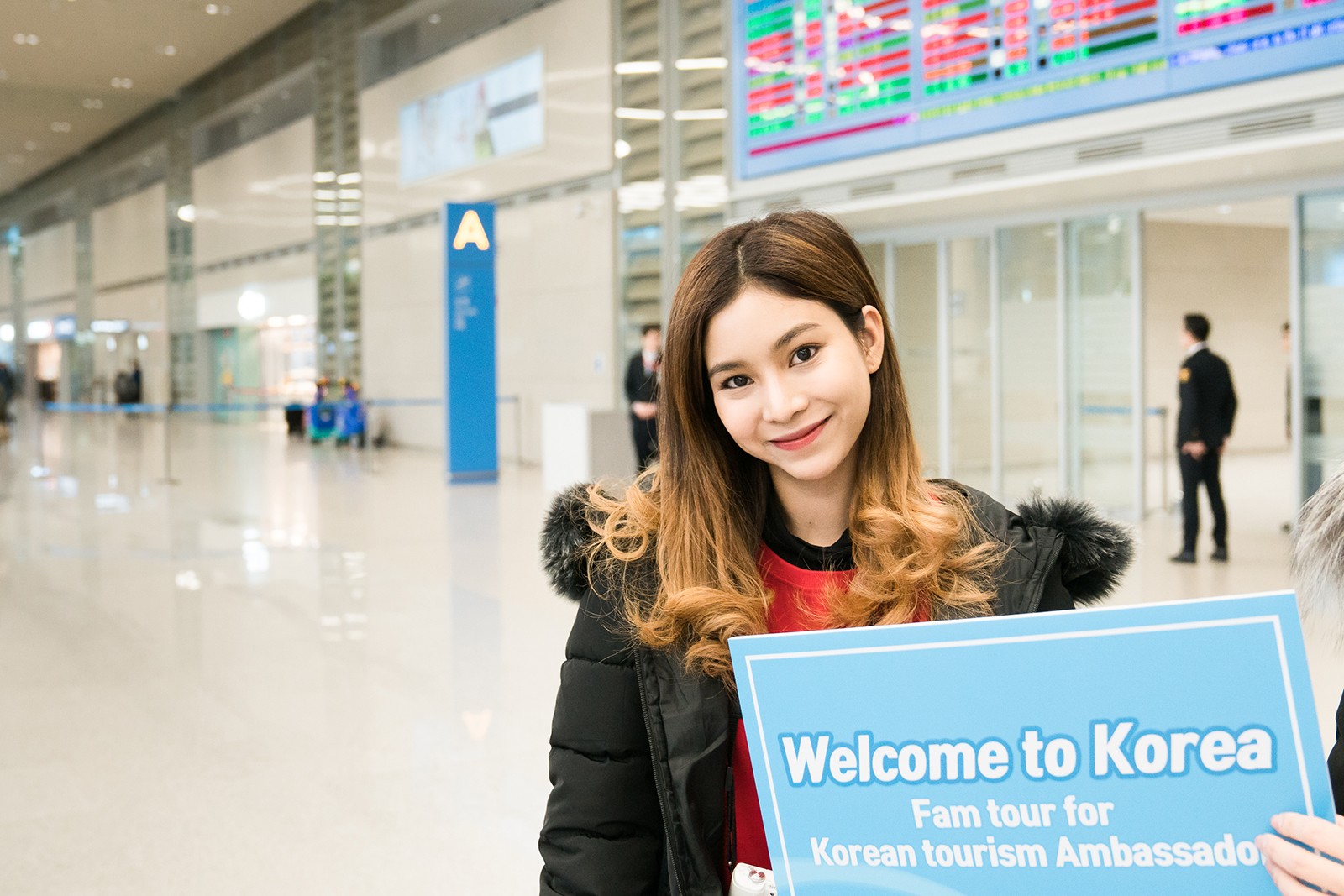 Welcome to Korea!
This was the first meeting with the four ambassadors, who came all the way
from Thailand, Taiwan, the United States, and Japan, respectively.
They were filled with anticipation for the trip. 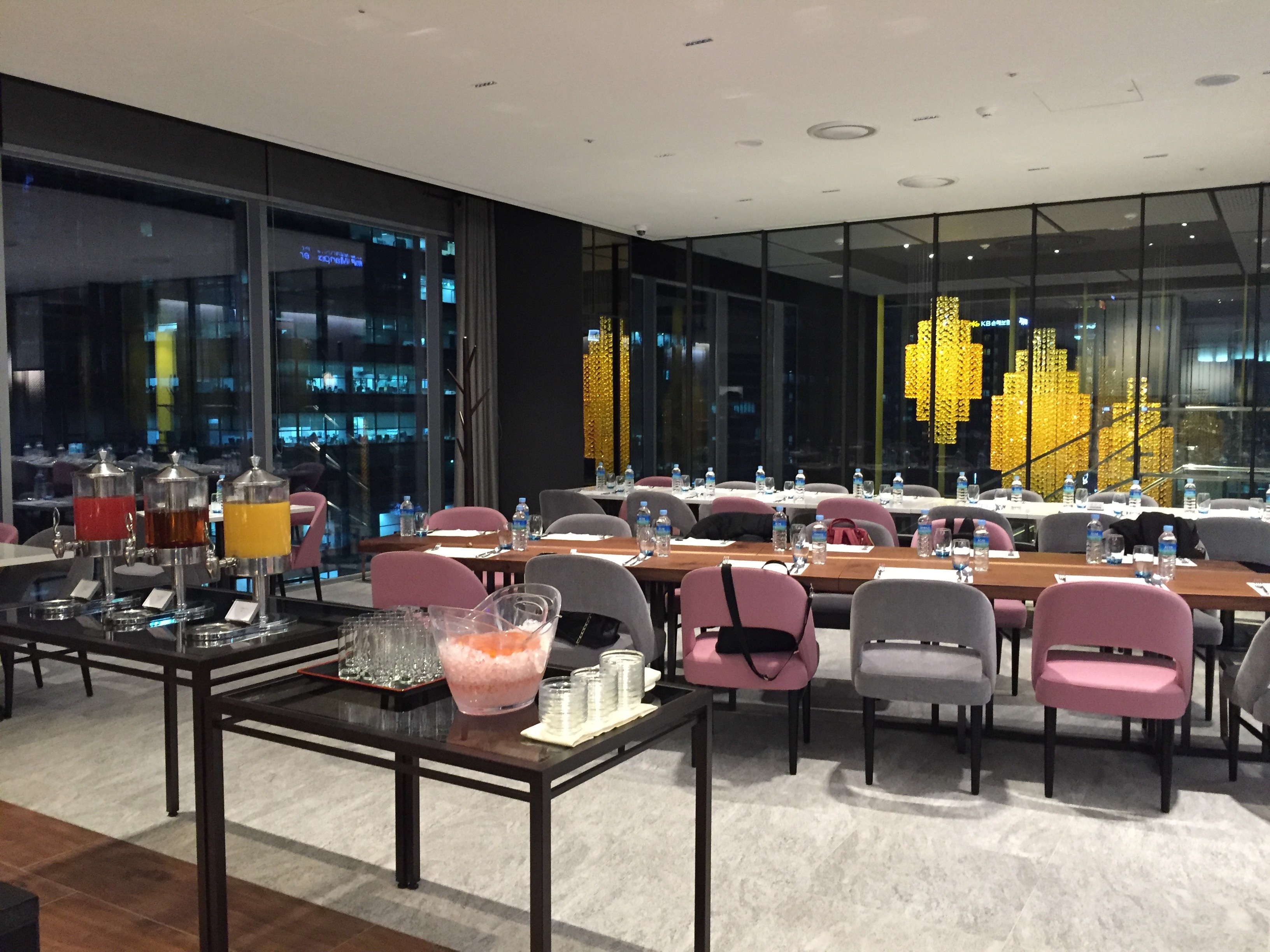 On the first day, they enjoyed dinner at the L7 Hotel,
located in the heart of Gangnam, and attended a brief orientation. 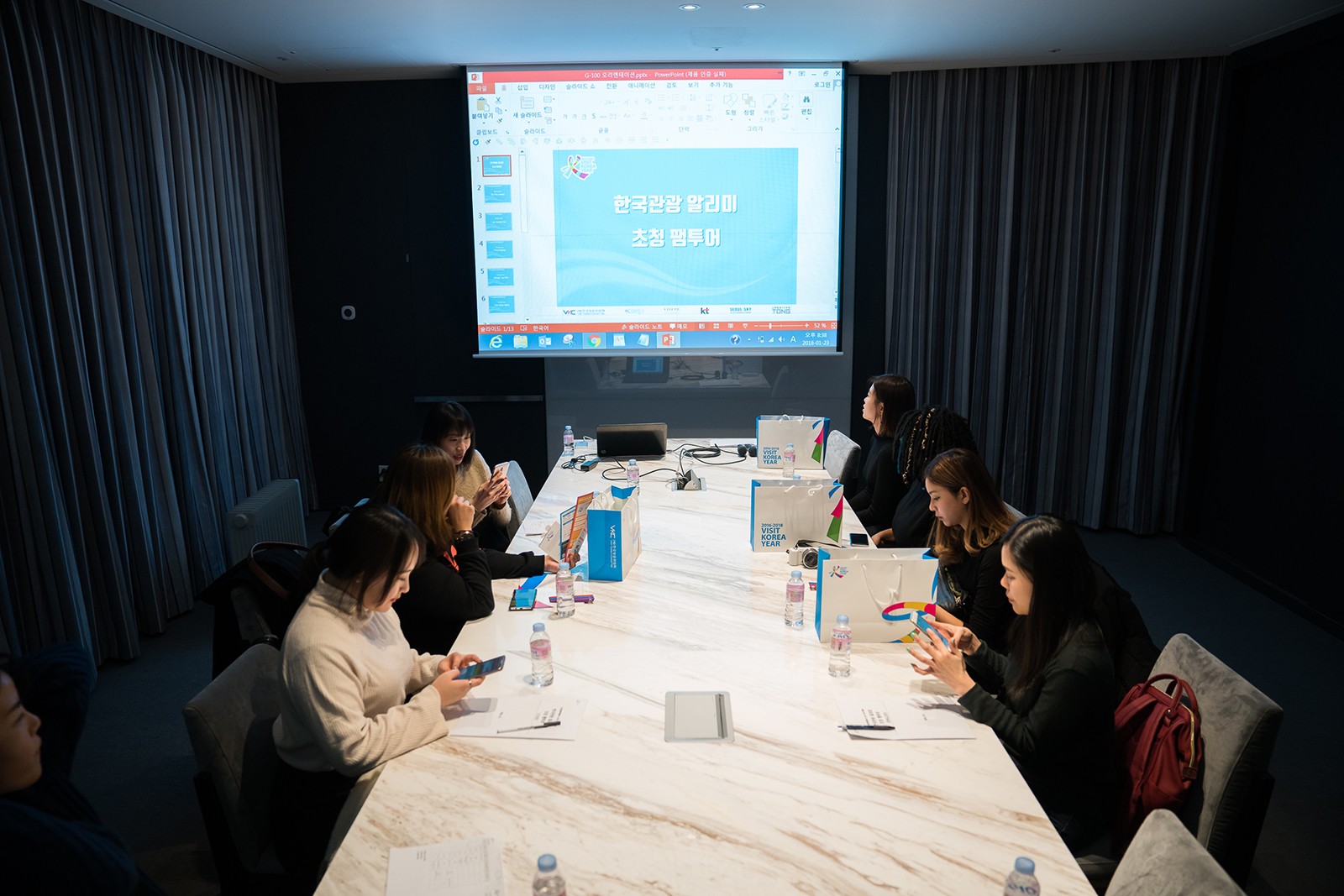 The recently-opened hotel is equipped with
an advanced check-in/out kiosk—perfect for showing off Korea’s modern edge. 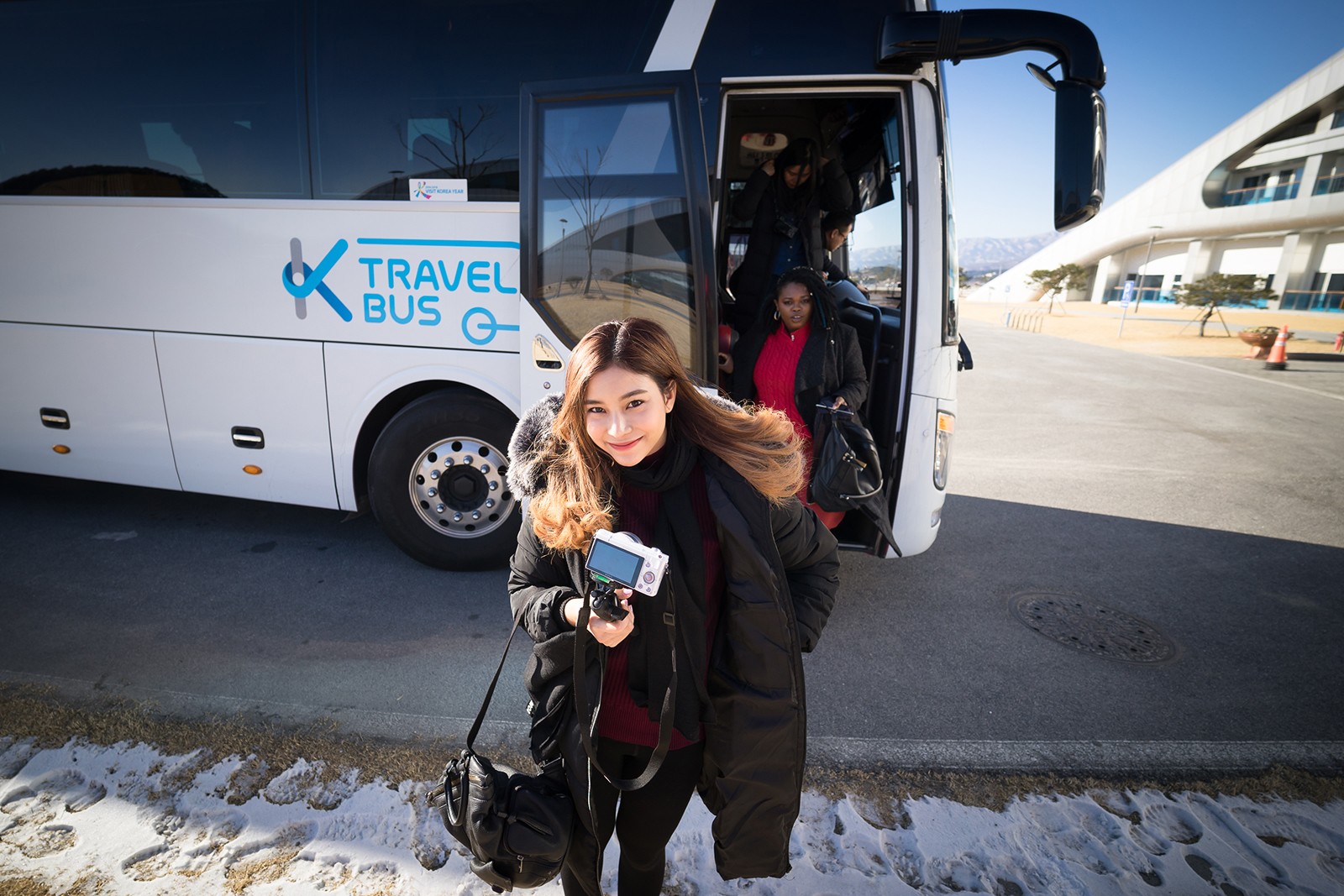 The FAM Tour officially kicked off the next morning.
Everyone got on the K-Travel Bus and headed to Gangwon Province. 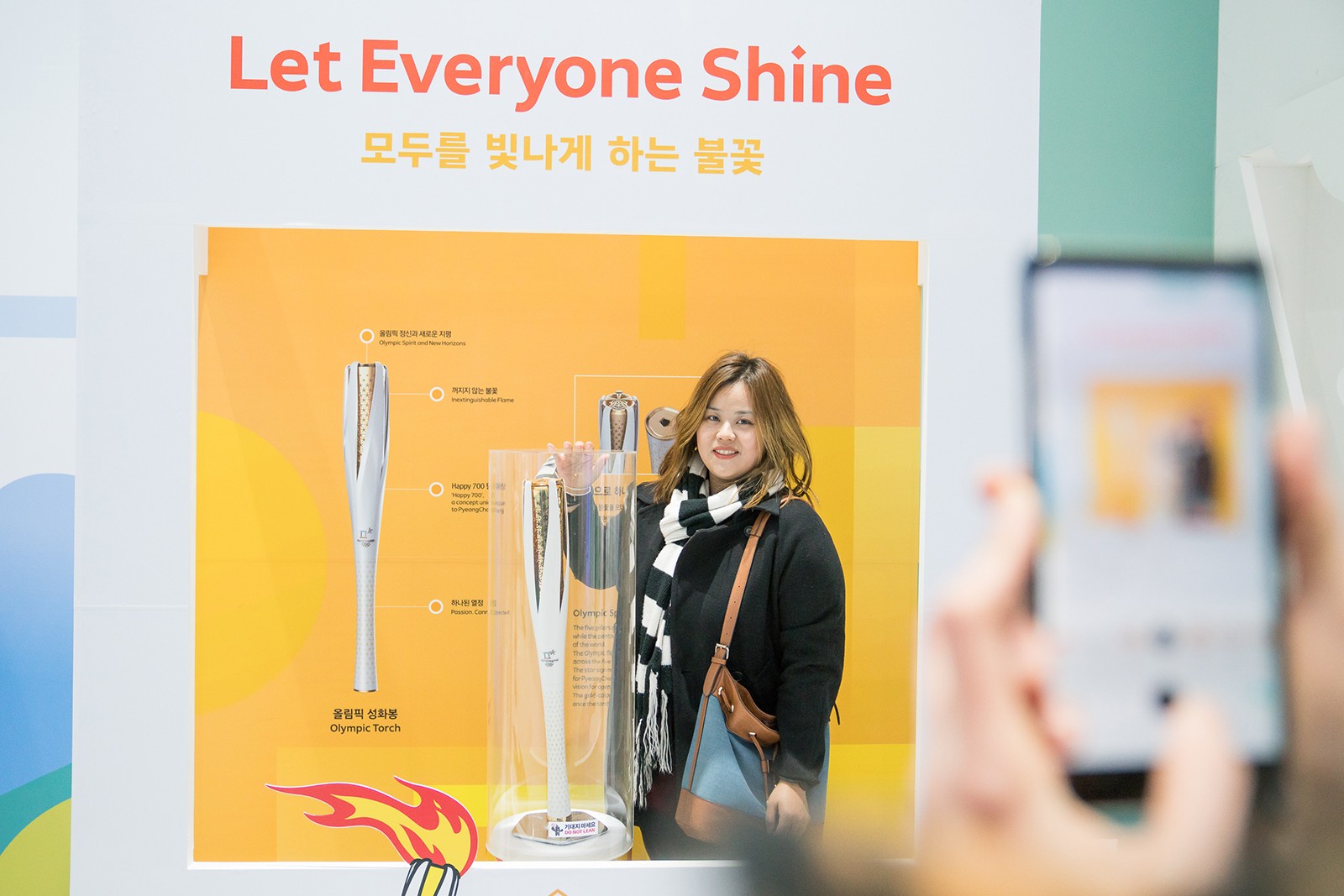 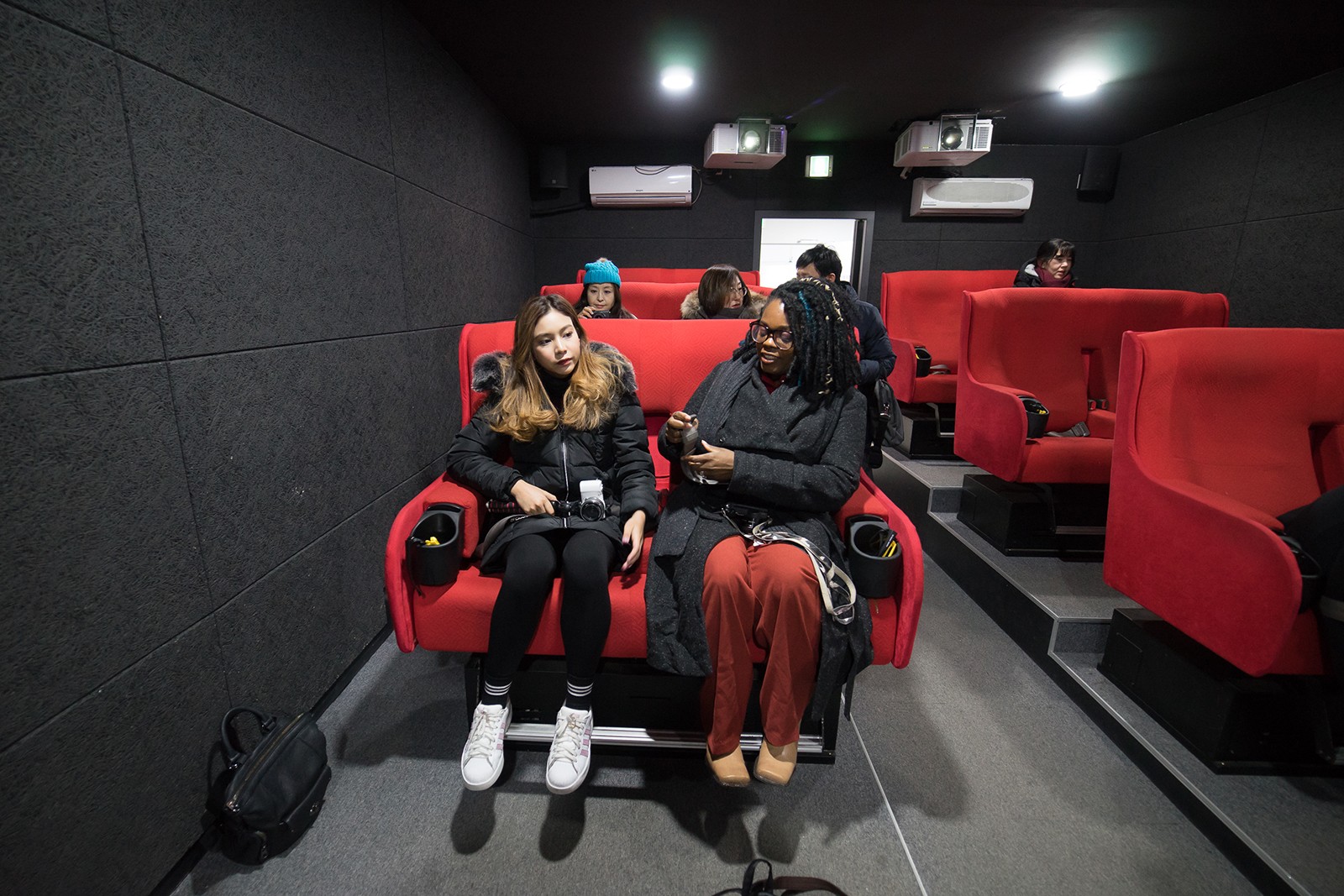 The ambassadors, selected in celebration of the G-100,
dropped by the Olympic Promotion Hall.
The sneak preview of the PyeongChang 2018 Winter Olympic Games
left us with higher expectations for February. 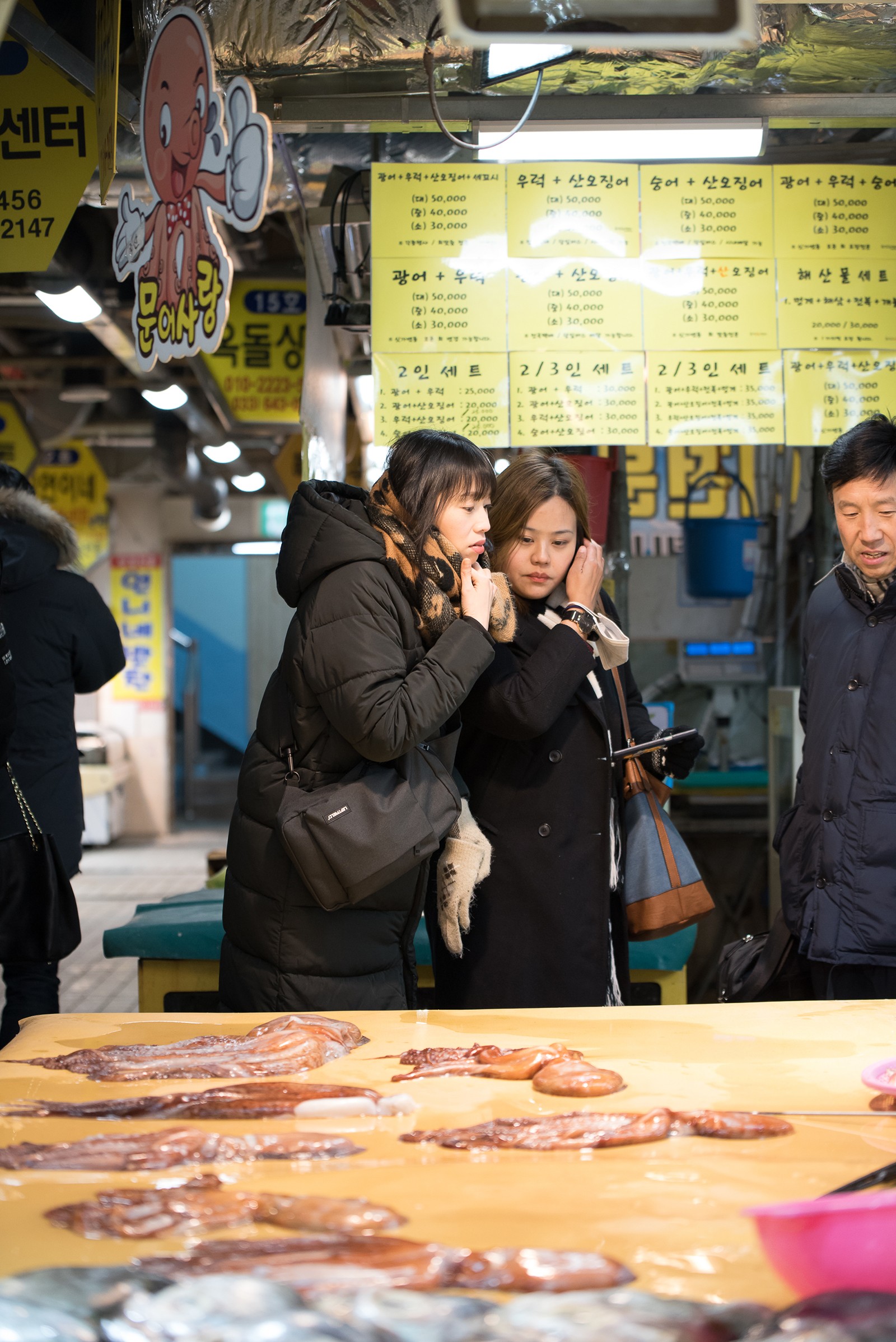 Jungang Market is a must if you’re in Gangneung.
There is no better place to experience the local culture than markets.
The ambassadors were fascinated and impressed
when we introduced the local specialties of Gangneung.
If you have foreign friends visiting Korea,
do recommend a visit to traditional markets. 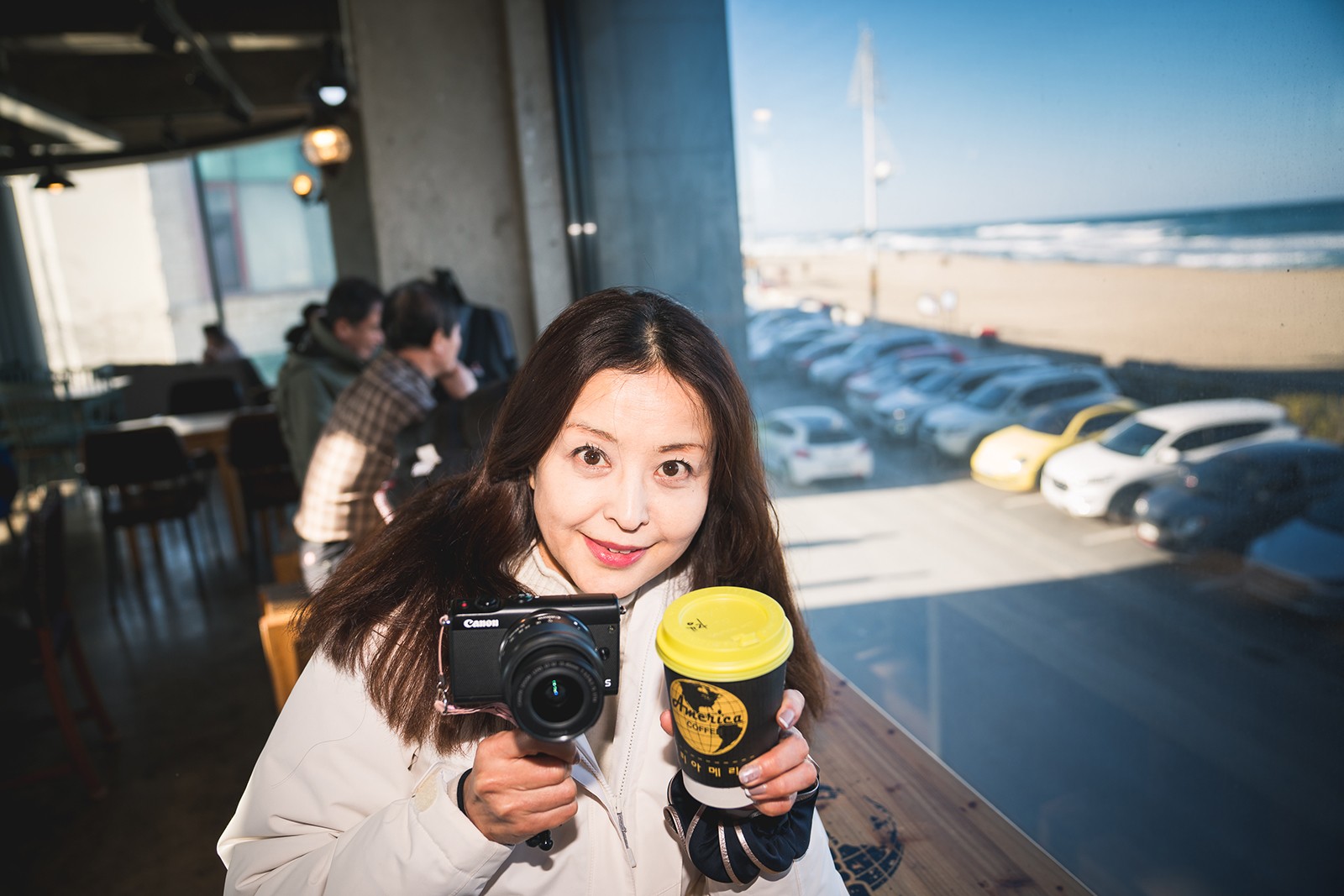 After visiting the busy market, it was time for a more leisurely place.
At the café street along Anmok Beach,
you can admire the vast blue sea over a cup of tea. 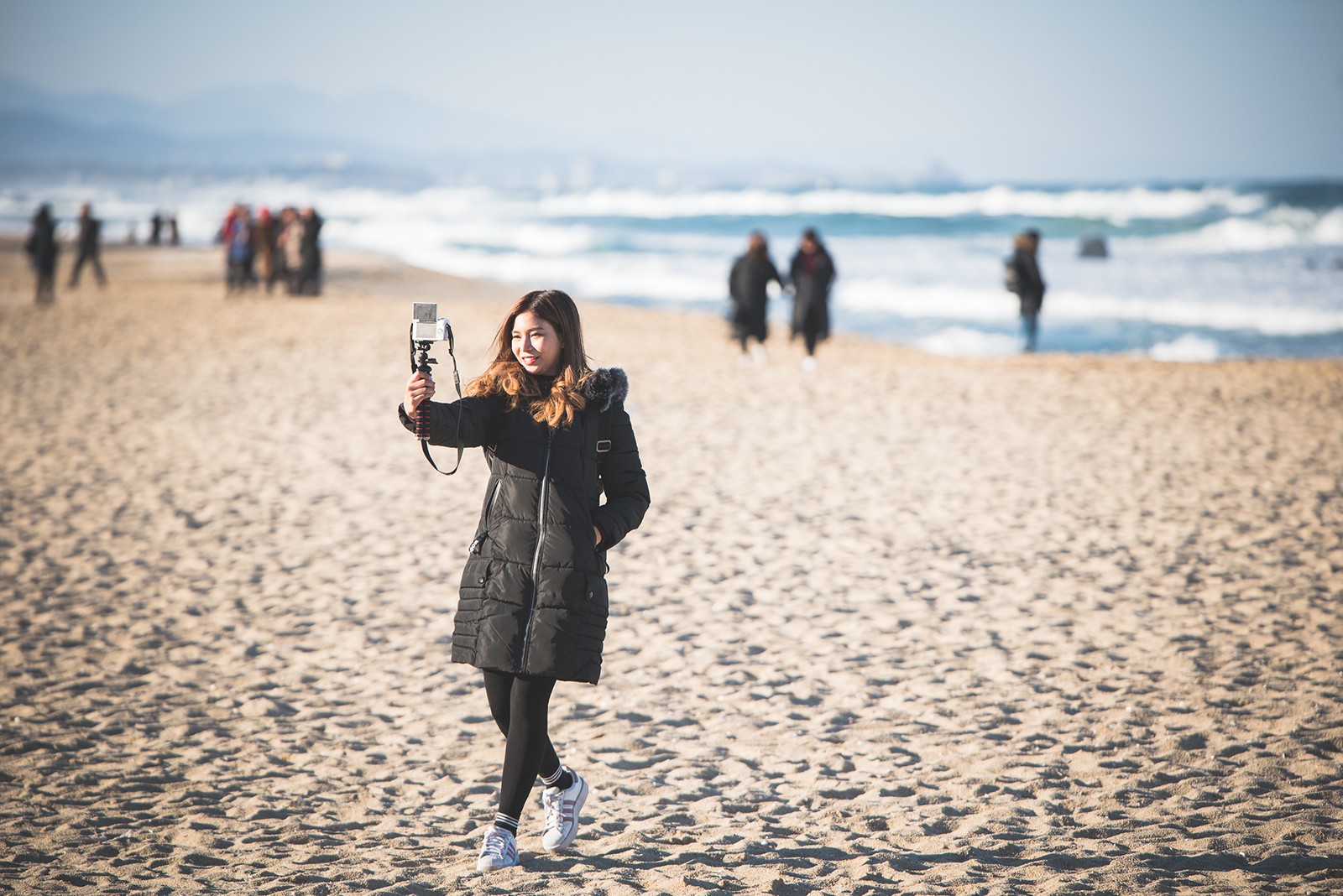 The ambassadors were surprised that such a beautiful beach
awaited just two to three hours away from Seoul.
They picked it as one of their top recommendations for foreigners. 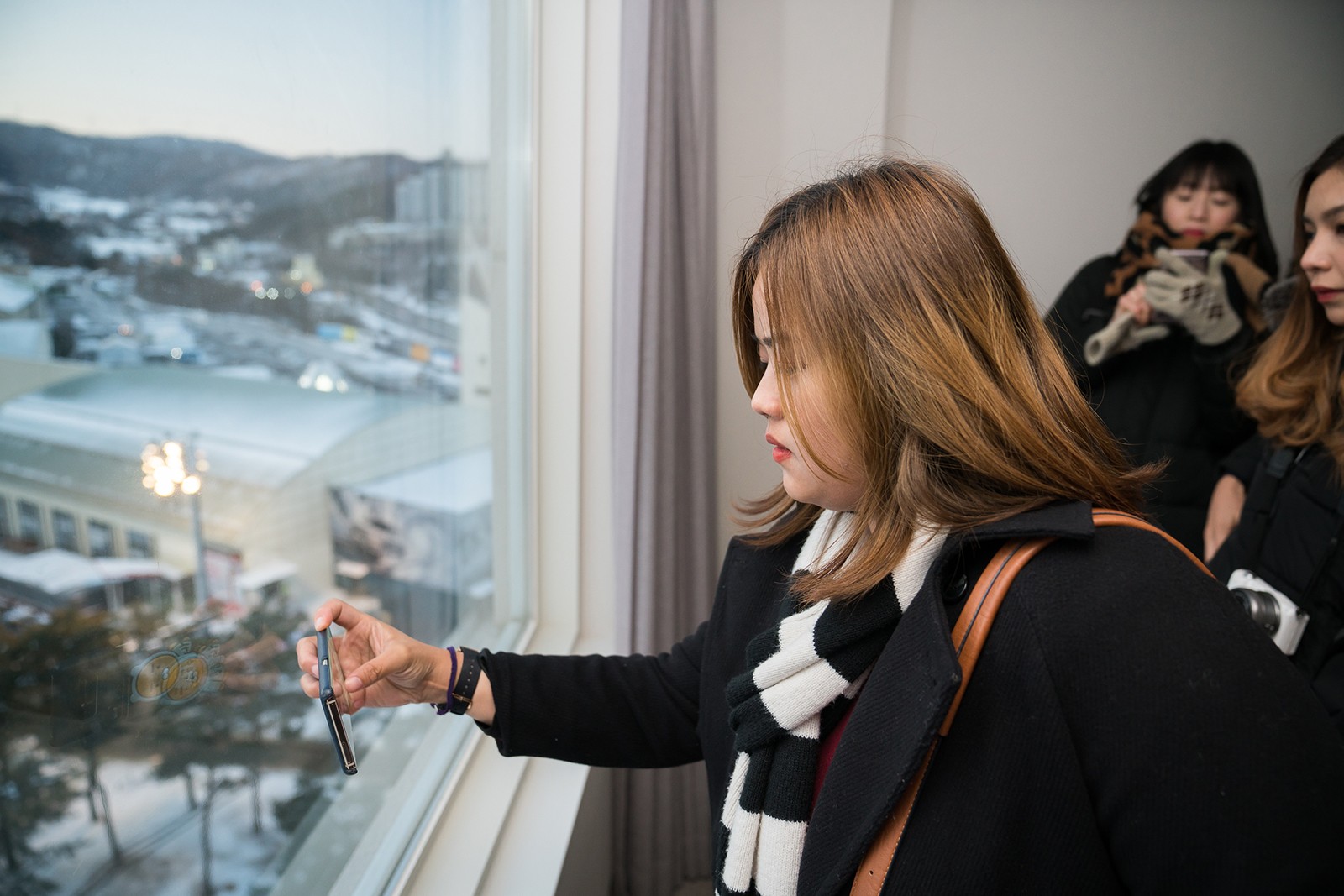 Next on the itinerary was Phoenix Park,
the venue for the PyeongChang 2018 Winter Olympic Games.
The ambassadors were delighted to take a look around the actual Olympic venue, albeit from a distance.
It was a rare opportunity to get a feel of the event. 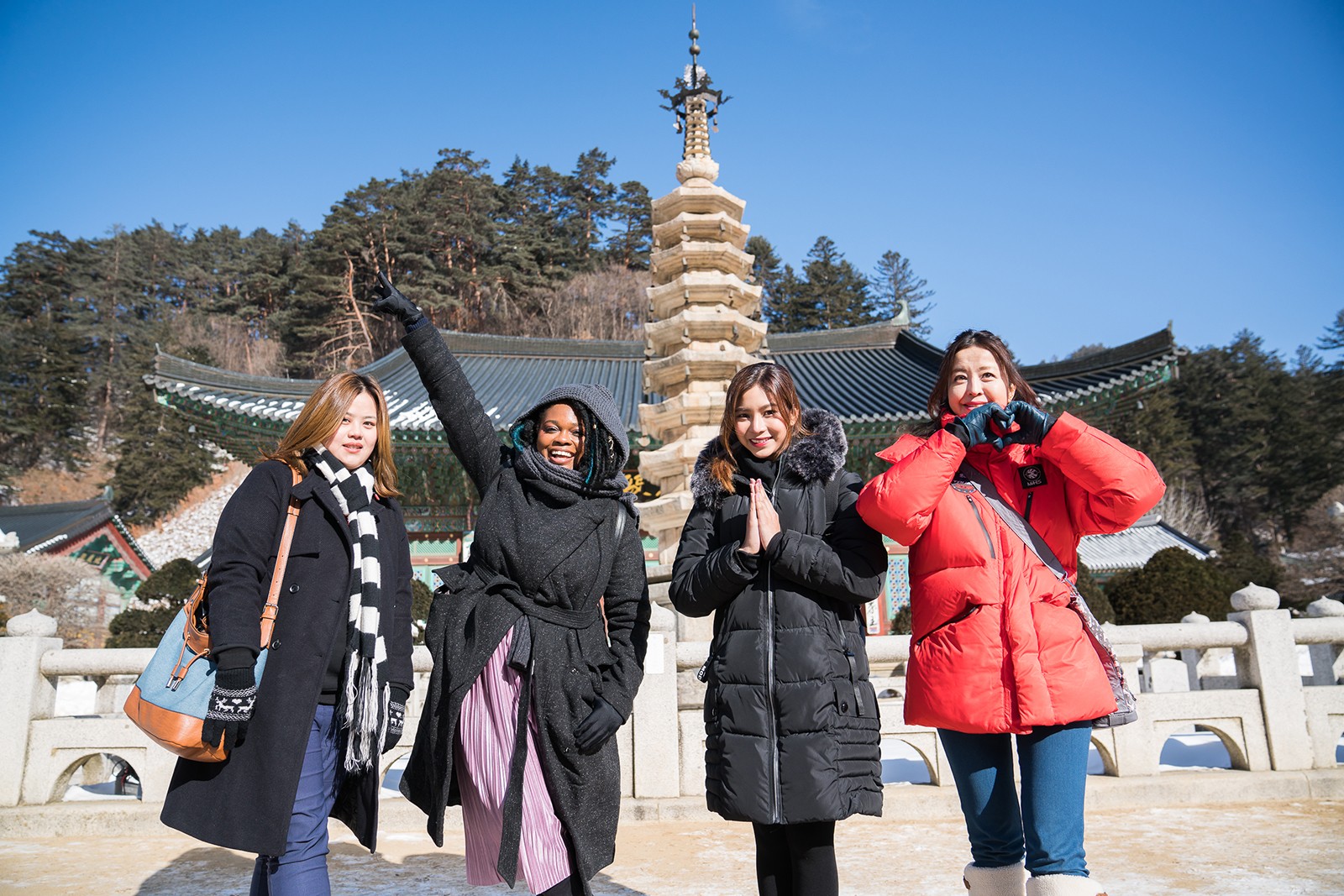 The next day was all about Pyeongchang.
Despite the temperature falling to minus 27 degrees,
Woljeongsa Temple on Odaesan Mountain was so breathtaking
that it made the ambassadors’ list of top attractions.
They were captivated by the charm of the temple. 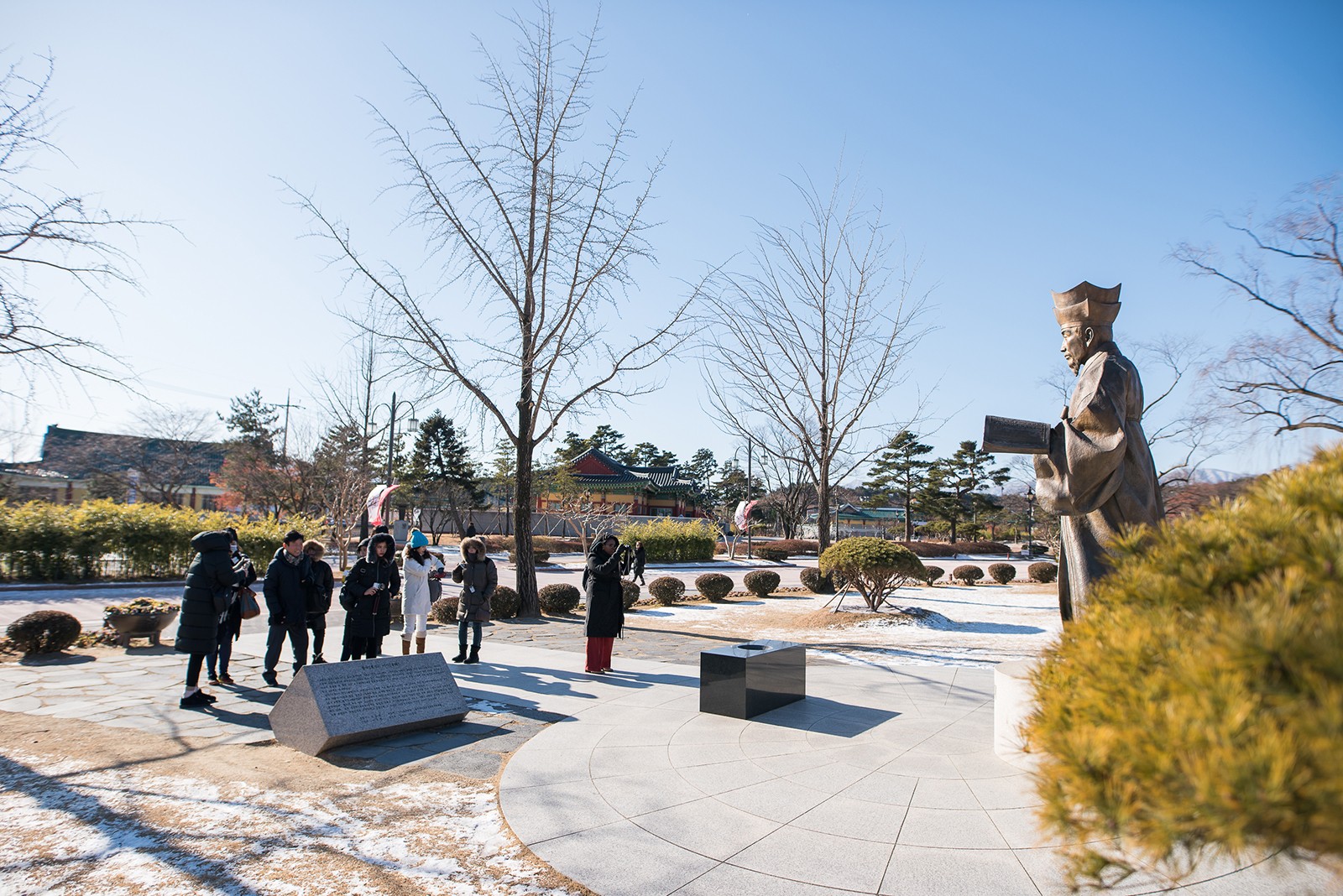 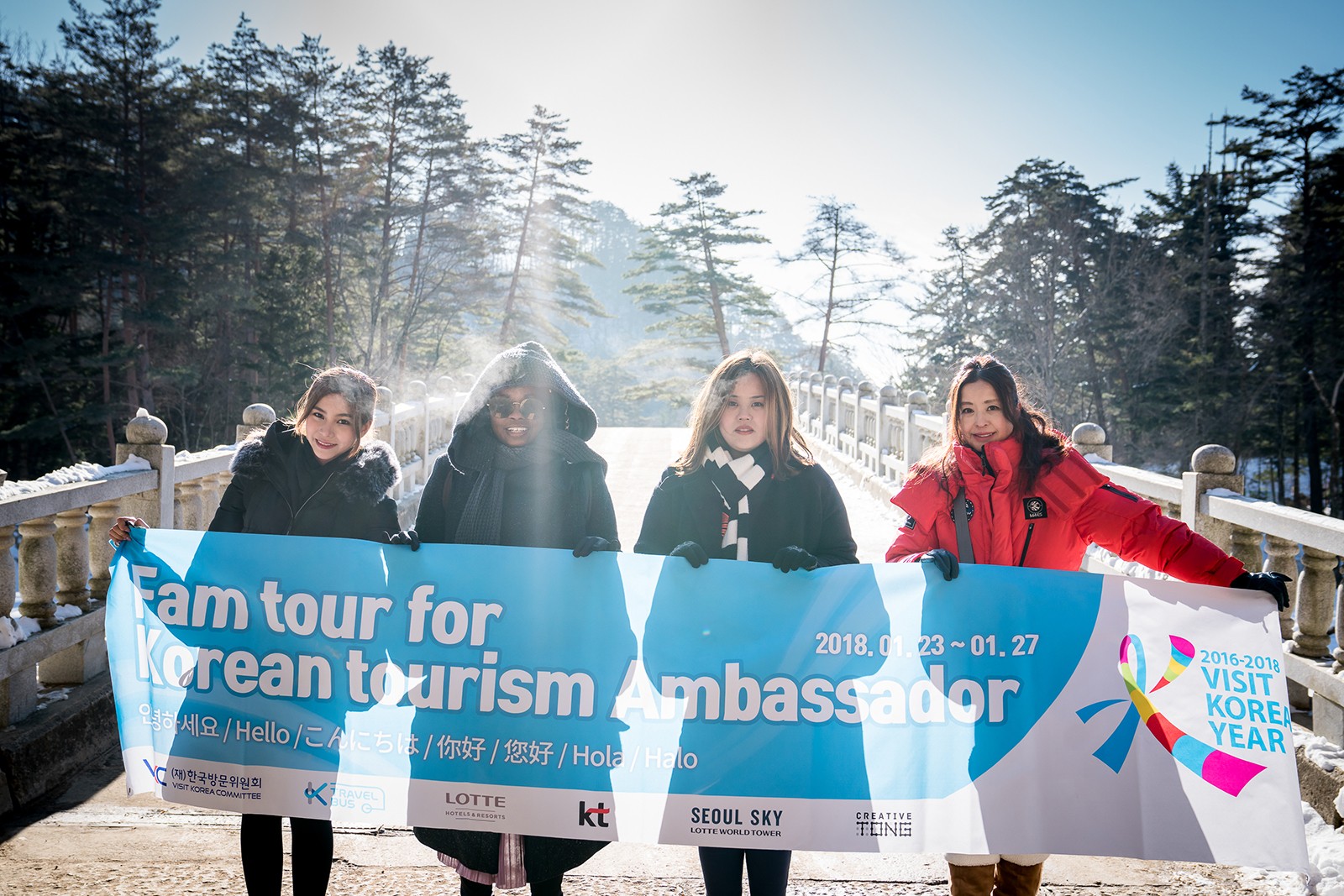 Wondering how it would look in spring, summer, and fall,
they look forward to visiting the temple at other times of the year. 🙂 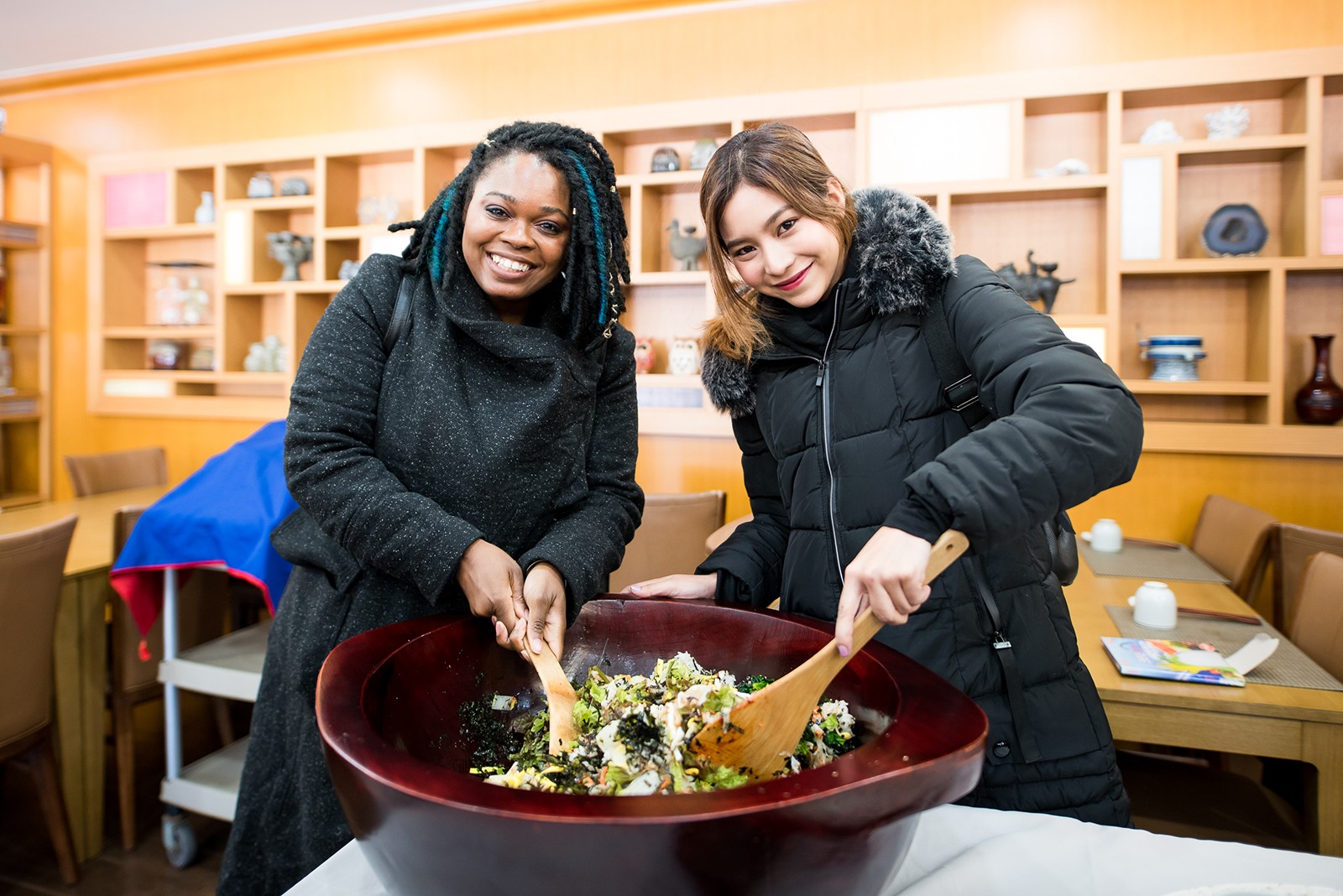 Having nourished their mind and body at the temple,
the ambassadors were ready to fill up their bellies.
Jeonggangwon is where you can experience Korea’s food culture.
They had the opportunity to make bibimbap,
which is rice mixed with various ingredients.
They gave the dish two thumbs-up for its simplicity and taste.

The ambassadors headed back to Seoul at the end of the short but satisfying trip.
Check back for more of their adventures in Part 2 of the FAM Tour.